Gil Amelio, a business turnaround specialist, was hired to fix Apple which back in 1996, was literally burning. In this research article we busy ourselves with unpacking the 365 Pin Code CEO Numerology of Gil Amelio Apple’s 5th Chief Executive with specific focus on 1996 and 1997, the years when absolutely everything went belly up for this man. As you will learn further along in this article, the Annual Experience Numbers [AENs] of 1996 and 1997 brought Amelio’s two professional attainment numbers (both 9’s) in to play. When this happens, it signals a life path coded moment which offers up either tremendous success or much disappointment. There is, if you will, no “safe middle ground” when attainment numbers present themselves code wise. You are either soaring upward to glory or crashing downward to despair. For Gil Amelio, it was most definitely the latter.

Amelio came to Apple with a strong reputation as a turnaround artist who could revive the company’s failing fortunes in the mid-1990s. He faced five major problems when he began his tenure as Apple CEO in February 1996: lack of money, low-quality products, unfocused research and development, a failing Mac OS operating system strategy and a toxic corporate culture. Amelio imposed drastic solutions, downsizing Apple’s workforce by about a third, slashing 5,600 jobs in a bid to cut expenditures. This, his most significant move, however, probably hurt him in the long run, although it ultimately saved Apple.

Three events conspired to cost Amelio his job at Apple

The first was that his changes weren’t aggressive enough. Apple desperately needed new ideas and strategies, but Amelio wasn’t the type of marketing genius who could deliver them. The second was a disastrous quarter that occurred under his leadership. In late June 1997, Apple’s latest quarter contributed to an overall deficit of $1.6 billion that had accumulated during Amelio’s reign. The third was none other than Steve Jobs, who was by now a far more seasoned corporate in-fighter than the unpolished leader who had been forced out of Apple 12 years earlier by John Sculley. By 1997, Jobs had become a billionaire thanks to his role running Pixar, he seemed to hold many of the answers Apple needed and was looked upon very favourably by the then Board.

Jobs cofounded Apple in 1976, although he was never the company’s CEO during his first stint with the company. Apple was led by a succession of chief executives, starting with Michael Scott and Mike Markkula, until Jobs recruited John Sculley from PepsiCo in 1983. Jobs and Sculley soon clashed, and following a failed coup, Jobs was demoted, leading to his departure in 1985. Steve Jobs went on to found NeXT Computer in 1988, as Apple’s struggles continued throughout the early to mid-1990s. In December of 1996, Apple agreed to acquire NeXT for $429 million, with the intention of basing its next operating system around NeXT’s NeXTStep. With the NeXT deal, Jobs returned to Apple as an “adviser,” reporting directly to CEO Gil Amelio, who had been named CEO of Apple in early 1996. Amelio, the son of Italian immigrants, holds a Ph.D. in physics and had worked as a researcher. He was CEO of National Semiconductor and served on Apple’s board for two years before he took over the CEO chair. “This is a complementary arrangement, and the pieces fit together better than any other alternative we looked at, and it will launch a new round of technology,” Amelio said at the time of the Apple/NeXT deal announcement. Jobs’ return to the company was followed by a series of bad events for Apple. Macworld, held in San Francisco shortly after the announcement of the NeXT acquisition, was a disaster, plagued by a malfunctioning TelePrompter and Amelio forgetting to introduce guest of honour Muhammad Ali. In February, Apple announced its worst quarter ever, leading to the layoff of 3,000 employees. Meanwhile, various employees either from NeXT or otherwise loyal to Jobs were promoted throughout the company.

“Developing excellent communication skills is absolutely essential to effective leadership. The leader must be able to share knowledge and ideas to transmit a sense of urgency and enthusiasm to others. If a leader can’t get a message across clearly and motivate others to act on it, then having a message doesn’t even matter” Gil Amelio 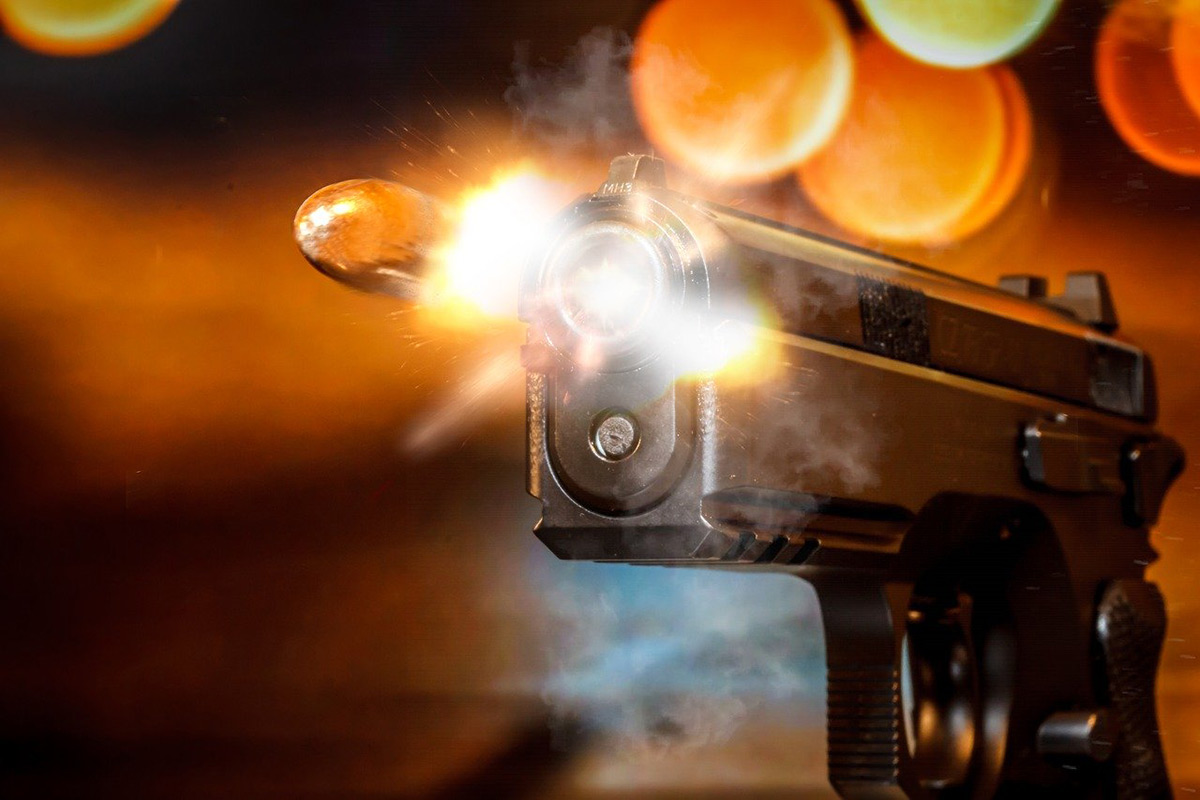 Amelio was CEO of Apple for exactly 500 days

There were also a pair of blows struck against Amelio that spring: A failed hostile takeover attempt by Oracle’s Larry Ellison, and the selling of 1.5 million shares of Apple stock. It later came to light that Jobs was supportive of Ellison’s move, and that it was Jobs who had sold that stock. Throughout all of this, Amelio lost the confidence of his board, and over the July 4 holiday, Apple Chairman Ed Woolard informed Amelio that he was out as CEO. Officially he resigned, on July 9, 1997. Amelio was CEO of Apple for exactly 500 days; he later wrote a memoir, published in 1999, called On the Firing Line: My 500 Days at Apple. Amelio was one of multiple Apple CEOs to leave involuntarily and, was also the last to do so. Following Amelio’s departure, Jobs was not immediately named CEO or even interim CEO; in fact, he reportedly asked not to be considered for the top job at the time and was even put in charge of finding a permanent replacement. But it soon became clear that Jobs was in charge, and in September of 1997, he was officially named interim CEO. He kept the interim tag for more than two years, finally introducing himself as permanent CEO at Macworld Expo in 2000.

Let’s now our turn attention to the aforementioned 1996 and 1997 Annual Experience Numbers [AENs] of Gilbert Amelio and reveal to you how we know that both his professional attainment numbers (as in a pair of 9’s) were in play during those ugly career years. 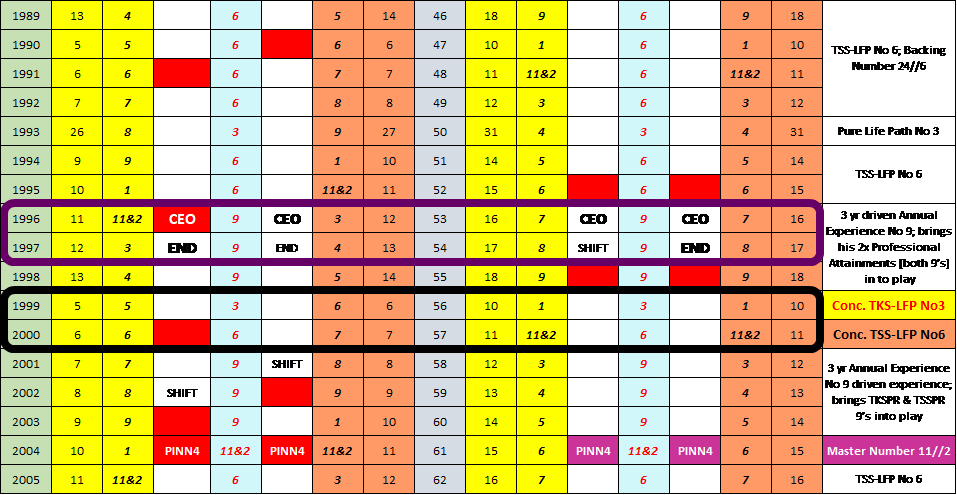 At the beginning of the article we wrote “1996 and 1997 Annual Experience Numbers [AENs] of Gilbert Amelio had both his professional attainment numbers (as in a pair of 9’s) in play.” If you look at the lines for code for those two years in the excerpt below, extracted directly from larger above table, you will see both years have RED 9’s in play (see the RED 9’s circled in black in the light blue columns). These 9’s are the Amelio’s AENs. In numerology, the number 9 is always linked with humanity, endings, closure and so forth.

That these 9’s also link with his two professional attainment numbers (go to Amelio’s 365 pin code birth chart immediately below; look for the two red and white arrows, top right, bottom right, both pointing at the number 9) tell a very powerful story around 1996, 1997 and even for that matter, 1998, which is also No9 AEN driven. The story these numbers tell, is that those three years would bring closure, completion and results, professional attainment wise. Of tremendous significance, is that his 1996 personal physical coded 11-9 or 9-11 [red block] experience carries within in both the potential for fame and disaster. Who wouldn’t be famous, or have their name forever written into history books after being appointed as CEO of Apple? This “fame and fortune” experience however was to be very short lived given Amelio’s 1997 8-9 and 9-8 professional codes [the numerology 9 & 8 combination always indicate a huge shift], and, his 1998 9-9 and 9-9 professional codes [numerology double 9’s always imply the most dramatic of endings!]. The dramatic 1997 shift happened when Steve Jobs forced him out of Apple and the disastrous line of code for 1998 would have been the dramatic career fall-out that he experienced around being so unexpectedly bulleted as CEO.

The impact of these 3 years is clearly seen in 1999 and 2000 (please refer to the above table of AENs). In 1999, Amelio had a concentrated (as in the AEN occurred only once) life path number experience (Number 3; see TKS-LFP in his birth chart below) and in 2000, a concentrated shadow life path experience (Number 6; see TSS-LFP also in his birth chart below). To have two concentrated life path related experiences, the one physical and the other emotional, straight after each other, is a most extreme experience. Looking along his chain on numbers and codes, Amelio’s world would have been in tatters through to and including 2003 and would have only begun to turn for the better in 2004. 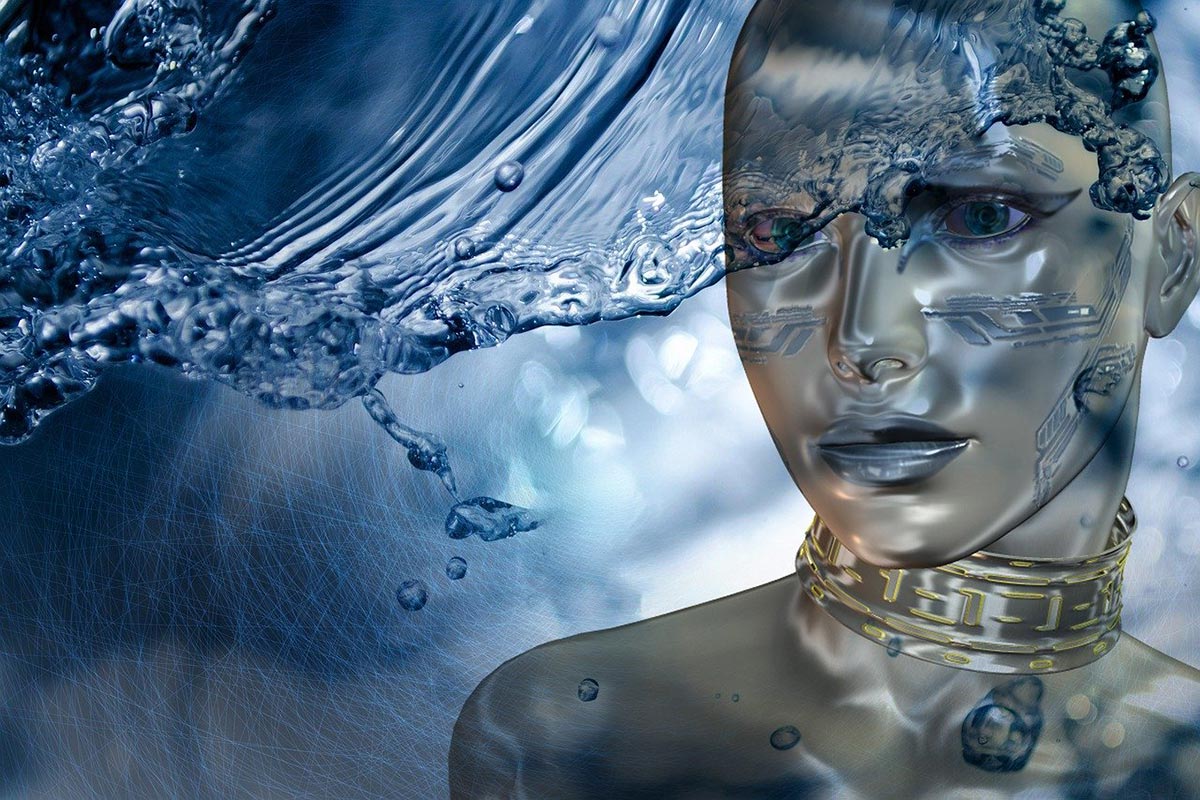 Aside from the superb strategic insights which 365 Pin Code business numerology delivers, the wider numerology lesson which Gil Amelio’s numbers teach, is that when attainment numbers come in to play, significant events will happen, guaranteed. That Amelio’s two professional attainment numbers, as in Professional Attainment Number (TKSPR) and Shadow Professional Attainment Number (TSSPR) are both 9’s, signals a double-whammy experience wise. As such, when they make their appearance along his life path, AEN code wise, much will happen, either positively or negatively. When employers hire someone, like a CEO or Top Executive, who they believe will deliver a mission-critical business result, it is highly advisable form them to know what his/her numbers look like.

Wrapping up the CEO Numerology of Gil Amelio

Being fired from Apple still saw Amelio walk away with a few million dollars pay-out wise but it does make one think if his arrival and brief and disastrous time at Apple wasn’t in some way karmic come-uppance for the many times he’d torn hundreds, if not thousands, of lives apart as a business turn-around specialist. You see, that’s what ruthless turn-around specialists do! They assess and then they put the knife in, clinically and surgically, with little or no regard for the families and lives impacted. It is after all, truth be told, always about the business and never about the people! Hope this gets you and other CEO thinking about the Law of Karma, also known as the Law of Cause and Effect, which teaches, that as you sow, so shall you reap. This is indeed a profound lesson in elevated consciousness, and one which is often forgotten, in the ego-fuelled corporate climb up to glory, status and power.

“The universal law of Cause and Effect states that for every effect there is a definite cause, likewise for every cause, there is a definite effect. Your thoughts, your behaviours, and your actions create specific effects that manifest as results and create your life as you know it. If you are not happy with the effects that you have created, then you must change the causes that created them in the first place. The fastest and most intelligent way to do this and to live at cause, is to understand your 365 Pin Code Numerology.” Chris and Suzanne Styles, Founders 365 Pin Code 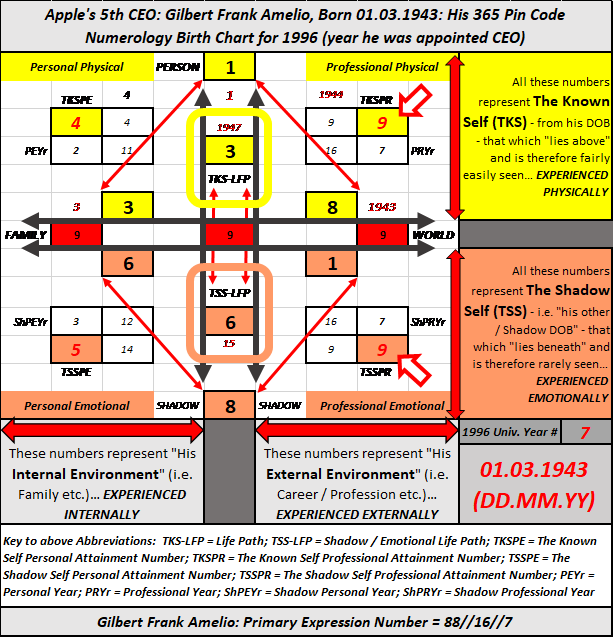